Improve your understanding of transformers

COMSOL Multiphysics® can significantly accelerate the development of transformers. For example, simulations can be used to determine the expected losses in the core and coils even before the first prototype is manufactured.

In addition to simple calculations such as core and coil losses, COMSOL Multiphysics® can also analyze much more complex phenomena such as deformation due to Lorentz forces and the well-known transformer humming. These multiphysics analyses are already implemented in the software as predefined interfaces and thus allow the user to easily and quickly set up a corresponding simulation.

How simulation helps your development process?

Another advantage of simulations is that the above-mentioned variables can also be represented spatially. This allows much more insight into the behavior of a prototype than a measurement from the laboratory, which is typically only done at a few measuring points. Furthermore, many measured variables such as the flux density in the core, deformations or noise levels are often difficult to determine in the laboratory or can only be determined with expensive equipment, while they are default outputs in a simulation.

on modern transformer design using simulation are explained in this technical lecture or can be read in this blog. 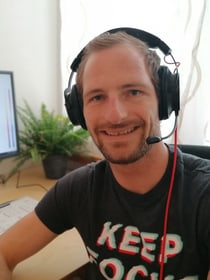